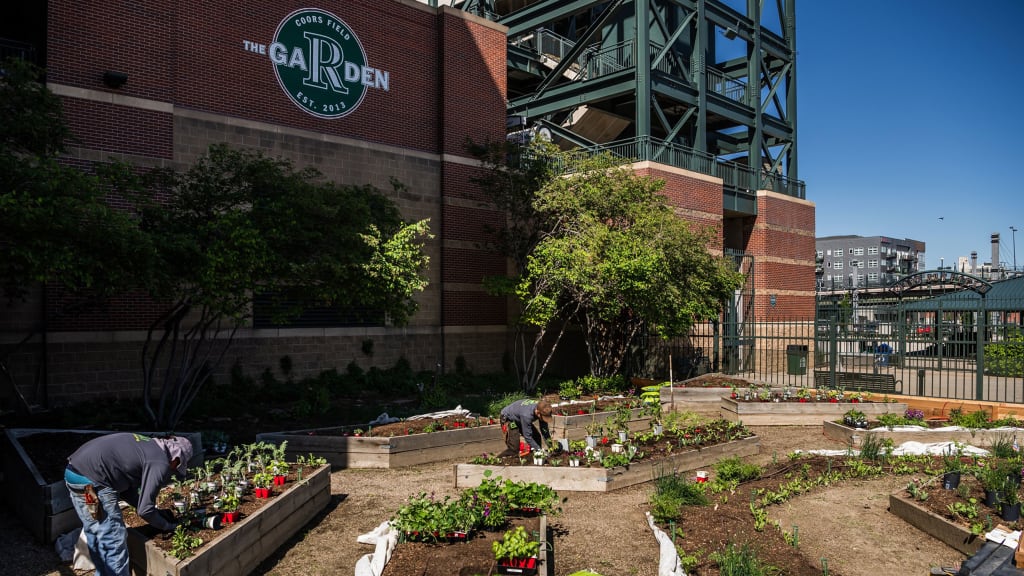 In 2013, the Rockies and ARAMARK, the Rockies exclusive food and beverage partner, introduced a sustainable garden at the ballpark, the first of its kind in baseball and imitated in the years since. The Rockies have partnered with Produce Denver, who have assisted with the actual planting and maintenance of the garden over the years. Located behind the center field wall of Coors Field, adjacent to Gate A, the 600-square foot space is designed to mimic a baseball field with beetle-kill pinewood raised beds terracing upwards from the garden's "infield" to the outfield stands. The Garden produces assorted vegetables and herbs, including tomatoes, peppers, cucumbers, purple kale, chives, parsley, thyme and rosemary, providing Coors Field chefs with herbs and produce for use in the Mountain Ranch Club restaurant and the build-your-own salad stations in the ballpark. The Garden also features organic soil and irrigation drip lines made from recycled materials.